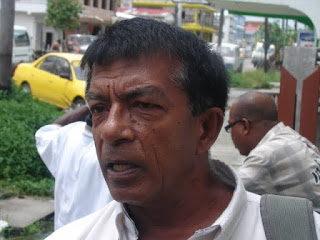 Dr. Rishi Thakur
Dr. Rishi Thakur, a one-time supporter of the Alliance For Change (AFC), has jumped ship and joined A Partnership For National Unity (APNU), saying he had major disagreements over corruption and the discourse on race and politics. The University of Guyana (UG) political scientist is among APNU’s 26-member leadership.

Asked why he parted company with the AFC, he explained that that party had failed to address concerns about corruption Region Six – East Berbice/ Corentyne. “It’s not a change of heart; it’s the commitment and diligence to which they were going to pursue the questions of corruption, corrupt practices and not just the way in which Georgetown was involved but how communities were being brought on board,” Thakur said
He chided the AFC for having a lackluster approach to addressing the issue of race and crossing historical racial barriers and bridging the racial-political divide. “It didn’t seem to me that they were interested in pursuing it with the kind of diligence and commitment we felt was necessary and which, in fact, is necessary because we are not going to go anywhere until we can begin to speak to each other in an honest and open manner,” he added.

Party insiders revealed that while Thakur had done a lot of work, there were lots of disagreements and personality conflict with some persons in the Upper Corentyne area. Party officials were somewhat surprised by Thakur’s decision, saying that up to Thursday, he had given assurances that he had been still with the AFC.
Though projecting itself to multi-ethnic the party has been found to be delivering different messages when it interacts with the two main ethnic groups. For instance in Linden the AFC preaches to its supporters that the PPP/C government is favouring the Sugar industry and doing very little for Bauxite while on the other hand the party tells the people of Berbice that the PPP/C government is neglecting Sugar and doing more for the Bauxite industry
Posted by Miasmic Mess at Friday, October 21, 2011 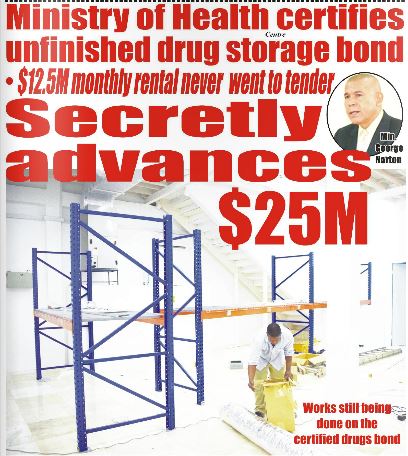 $14M per month for rental of a bottom house in Albouystown